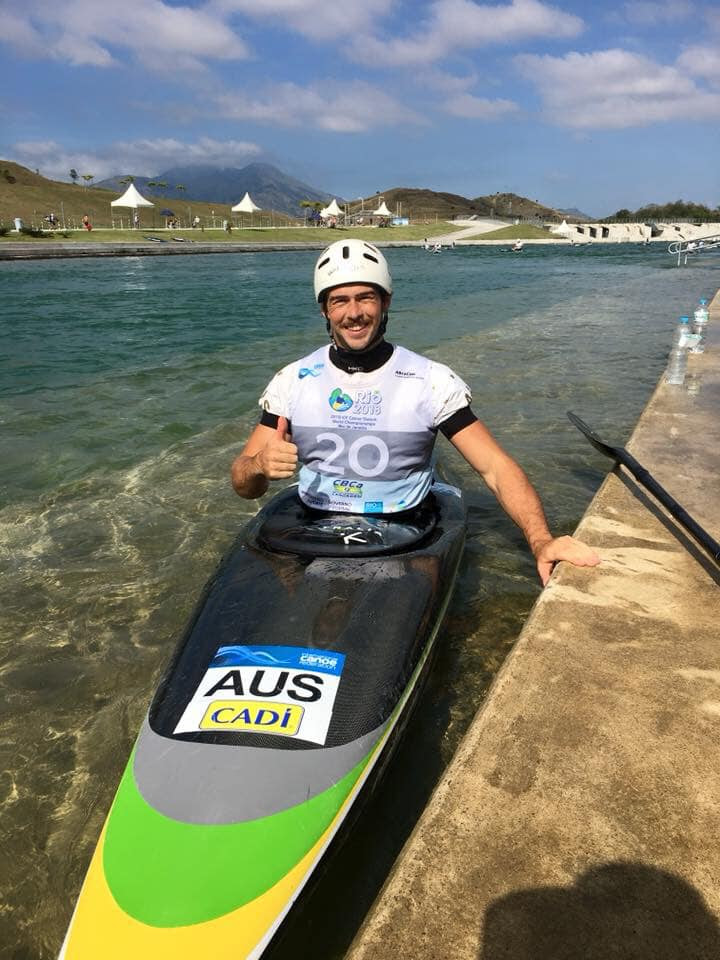 June has been a busy month for Daniel – seeing him compete in three Canoe-Slalom World Cups.

Daniel competed doubled up in the C1 and K1 events. Daniel finished fourth in his K1 semi-final and made his second ever world cup final at a senior level where he finished tenth. Daniel said that the C1 semi-final wasn’t his best run and he had a couple touches early on. The tail part was pretty good but then he lost a lot of time at the bottom. It was Daniel’s first C1 World Cup semi-final for the year so he was just getting into the flow of racing and learning how much he needs to attack the run to make finals.

Daniel had a career- best result in the C1 – finishing 11th in the semi-final. He picked up eight seconds in penalties, but still only missed the final by one place. His raw time was almost two seconds faster than the fastest qualifier.

Daniel showed that he is one of the fastest men on the water, but picked up six seconds in penalties in the men’s C1 semi-final to finish in 15th place. His raw time would have qualified him in fourth place for the final. Watkins once again showed how quick he is in the men’s K1, but missed a gate in his quest for speed. Penalties kept Daniel out of the final – his raw time set a top ten time without the penalty. Daniel said, “I’m really happy with most of what I’m doing. 95 per cent of the time I’m paddling exactly how I want to be. I’ve just got to clean up a couple of little things, but it’s not big changes I don’t think.”

ABOUT US
Paddle Tasmania aims to encourage safe enjoyment of all paddlecraft, including canoes, kayaks and ocean-skis among others.