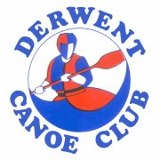 Kate Eckhardt, 18 of West Hobart won a bronze medal for the Junior C1 at the 2015 Canoe Slalom Junior World Championships held in Brazil. At the same event Kate finished third in both the K1 and C1 Team finals. One of four members of the 2015 Australia’s junior canoe slalom team, she was the standout, winning the women’s U18 K1 final at the first European Cup in Slovakia. Kate was the second placed Junior K1 and third placed Junior C1 at the 2015 ECA Junior Cup in Germany.